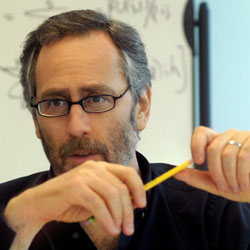 David E. Shaw serves as Chief Scientist of D. E. Shaw Research and as a Senior Research Fellow at the Center for Computational Biology and Bioinformatics at Columbia University. He received his Ph.D. from Stanford University in 1980, served on the faculty of the Computer Science Department at Columbia until 1986, and founded the D. E. Shaw group in 1988. Since 2001, Dr. Shaw has devoted his time to hands-on research in the field of computational biochemistry.